The previous post in this series on the Napoleonic Wars described the background to the Peninsular War and the situation in April 1812.

General Sir Arthur Wellesley, later the Duke of Wellington, returned to Portugal on 22 April 1809 to take command of the British troops there. He re-organised the army, improved its administration, set up a divisional structure that improved its fighting efficiency and made it more flexible, increased the number of skirmishers and integrated the British and Portuguese armies. The re-opening of hostilities between France and Austria meant that the French were able to deploy fewer troops in Spain than in 1808, and Napoleon no longer commanded them in person.

The pictures on this post were taken by myself, when I visited the battlefields of Wellington’s 1809-12 campaigns in Spain as part of a tour conducted by Ian Fletcher of Ian Fletcher Battlefield Tours. This was very informative and visiting the battlefield is an invaluable way of understanding the battle. I have no connection with IFBT except as a very satisfied customer.

Maps are also vital in understanding battles; for copyright reasons I have provided links to websites with maps of the battlefields rather than copying the maps directly into this post. Click here for a low resolution map of the Peninsular War.

On 12 May Wellesley crossed the River Douro, forcing the French out of Portugal. His army of 20,000 men then joined up with Cuesta’s 35,000 strong Spanish army. They were attacked at Talavera de la Reina on the night of 27 July by 46,000 French troops. A hard fought battle lasted the whole of the next day, before the French withdrew. Wellesley was created Earl of Wellington for his victory.

Monument to Battle of Talavera

There was no reverse slope at Talavera; the belief that Wellington’s battles always featured one is based on the incorrect assumption that Waterloo was typical. A motorway now runs through the battlefield and a modern memorial has been constructed. Wellington and Cuesta agreed to attack Marshal Victor’s 22,000 French troops on 23 July, but the Spanish did not move. Charles Esdaile suggests that the most likely reason is that Cuesta thought that he was heading into a trap.[1] Wellington also halted; as well as lacking support from Cuesta, his army was suffering from supply problems. Cuesta moved forward, encountering the French on 25 July. Victor had now been reinforced by General Sebastiani and King Joseph, bringing the French army to 46,000. Luck and French mistakes enabled him to escape the trap and rejoin Wellington. The Allied army withdrew to a better defensive position, covered by Mackenzie’s Division of British troops. Wellington was almost killed or captured whilst conducting a forward reconnaissance.

The Allied army was now deployed along the Portiña, a stream that was easily crossed. Woods and olive groves restricted the scope for cavalry charges but gave infantry the opportunity to launch surprise attacks. The French were outnumbered, but they could concentrate against either the British or the Spanish, screening the other with cavalry, and obtaining local superiority.

Victor, the only French commander then present, attacked the British position on the Medellin hill on the night of 27 July. This attack failed, as did another one on at 5 am the next day. Sebastiani and Joseph then arrived. They and Marshal Jourdan, Joseph’s military adviser, were reluctant to attack, but Victor persuaded them to resume the assault on the British. The debate amongst the French commanders meant that the attack did not start until 2 pm. 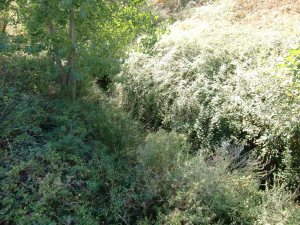 Until then, British and French troops fraternised at the Portiña, the only source of water on the battlefield. During this war British and French soldiers, including officers, maintained good relations when not required to kill each other. Sentries were not fired on, enemy wounded were cared for, prisoners were not mis-treated and sources of food and water in no man’s land were shared.

The battle prejudiced Wellington against Spanish troops, whose commanders were slow to move, and against his own cavalry, which performed poorly. Ian Fletcher argues that the cavalry did well elsewhere in the war, but usually when Wellington was not present.

Until he was appointed to command the Spanish Army in 1813, Wellington commanded an Anglo-Portuguese army, including a contingent of Germans, that was about 50,000 strong. It normally faced similar sized French forces, although there were up to 300,000 French troops in Spain. The others were tied down by the Spanish Army, Spanish guerillas, and the threat of a popular uprising. Most of the battles of the Peninsular War were won by the Anglo-Portuguese army, but the Spanish played a significant role in the war.

Napoleon had left Spain in January 1809; he believed that the campaign was won and was concerned that Austria was planning to re-enter the war. His 1809 campaign against Austria began when he arrived in Germany on 16 April, a week after the Austrians invaded Bavaria. On 21 May at Aspern-Essling the Archduke Karl became the first general to defeat Napoleon. The Emperor re-grouped and avenged this loss at Wagram on 5-6 July, but suffered heavier casualties than in his previous victories. He imposed harsh terms on Austria and was able to send reinforcements to Spain.

Wellington was not able to follow up his success at Talavera. Another 50,000 French troops under Marshal Soult were advancing and threatened to cut Wellington’s communications with Portugal. He therefore withdrew south, halting in Badajoz in September 1809 for a period before moving the bulk of his army to Almeida. He used the subsequent period of inactivity to begin construction of the Lines of Torres Vedras. British and Portuguese engineers constructed a formidable defensive barrier in the hills north of Lisbon.

There were then two main routes between Spain and Portugal, each protected by a fortress on either side of the border. In the north these were Ciudad Rodrigo in Spain and Almeida in Portugal. The southern route was covered by Badajoz in Spain and Elvas in Portugal. The terrain in between was unsuitable for artillery and supply wagons, as the French had found in 1807 when Junot invaded Portugal through this route.

An army crossing the frontier between Spain or Portugal had to take all four of these fortresses in order to protect its lines of communication. Elvas, weaker than the others, was returned to Portugal by France in 1808 under the terms of the Convention of Cintra and remained in Portuguese hands for the rest of the war.

Marshal Massena now commanded the French troops in the Peninsula, who were reinforced after the end of the war with Austria. He began his campaign by laying siege to Ciudad Rodrigo in May 1810.  A gallant defence by the Spanish under General Herrasti lasted until 10 July. Wellington refused to march to their aid because he could not risk facing Massena in the open. Massena had less difficulty in taking Almeida, which had to surrender on 26 August after its magazine accidentally blew up.

Massena then advanced on the Busaco Ridge, a move that played into Wellington’s hands as it was a strong defensive position.  Massena had 65,000 men, but his attacks on 27 September were beaten off by the 52,000 strong  Anglo-Portuguese army. Wellington declined to follow up, instead withdrawing to the defensive Lines of Torres Vedras. Massena realised that he had no chance of successfully assaulting these and withdrew to Santarem, suffering significant losses to starvation and disease because of Wellington’s scorched earth policy.

The next post in this series will cover Wellington’s 1811 campaign, including the battles of Fuentes de Oñoro and Albuera.

One response to “Talavera and Wellington’s 1809-10 Campaigns”